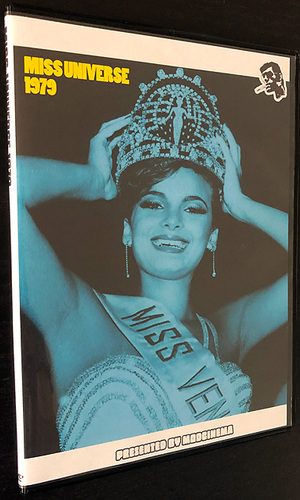 Miss Universe 1979, the 28th Miss Universe pageant, was held on 20 July 1979 at the Perth Entertainment Centre in Perth, Australia and broadcast live on CBS Television. Maritza Sayalero of Venezuela was crowned by Margaret Gardiner of South Africa. This is the first time Venezuela won the pageant. Notably, a large piece of debris from Skylab, which had fallen 9 days earlier, was displayed on stage after it collapsed during the coronation.