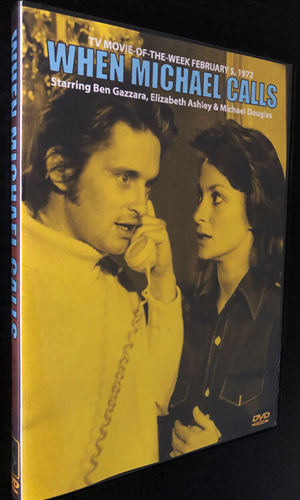 Michael Douglas made his TV-movie debut in When Michael Calls. The film wastes no time in establishing its premise: the possibility that someone long dead may be trying to communicate with the living. Elizabeth Ashley plays Helen Connelly, who is driven to distraction after receiving several phone calls from her nephew Michael. Trouble is, Michael's been dead these 15 years. Could this be a paranormal experience, or merely an attempt to drive Helen bonkers? Ben Gazzara co-stars as Helen's worried spouse, while Michael Douglas plays a shady character named Craig. Based on a novel by John Farris, this "ABC Movie of the Week" debuted February 5, 1972.