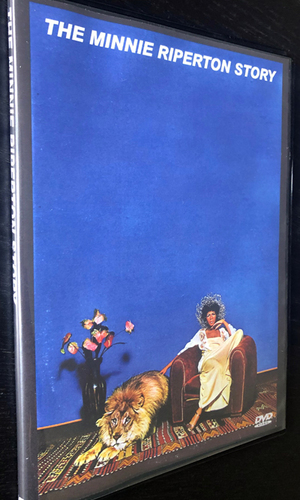 With her near-operatic six octave vocal range, Minnie Riperton, the dynamic singer and songwriter, is best known for her quietly stunning 1975 ballad "Lovin’ You."  Riperton began her career with the 60’s pop group Rotary Connection but it was the success of "Loving You" that had seemingly propelled her to solo superstardom. Instead, tragically, she was diagnosed with breast cancer the following year. Riperton used her celebrity to serve as the first Black woman spokesperson for the American Cancer Society and was later honored by President Jimmy Carter with the Society’s Courage Award. Sadly, on July 12, 1979, at the age of 31, Riperton died in the arms of her husband Dick Rudolph, while listening to a song written for her by Stevie Wonder. With exclusive interviews from her family and friends, this documentary explores the both heartbreaking and inspiring story of Minnie Riperton. Includes over an hour of bonus features! (TV appearances & interviews)