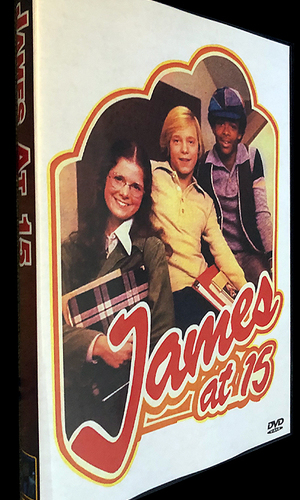 This 1977 made-for-TV movie James at 15 (which aired on Monday September 5, 1977) is a pilot that was approved by NBC as a series and later began airing under its new title, James at 16. 15-year-old James Hunter (Lance Kerwin) is the son of a college professor (Linden Chiles) who moves his family across the country to take a teaching job, transplanting James from Oregon to Boston, Massachusetts. James, who has Walter Mitty-like dreams and dabbles in photography, has a hard time fitting into his new surroundings. The show was highly praised for its realism and sensitivity.