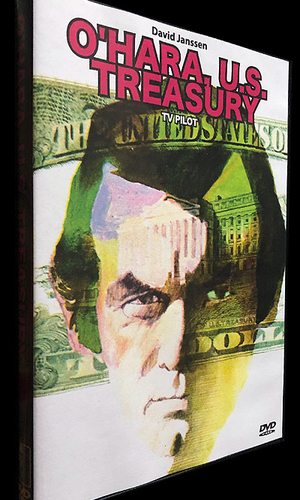 O'Hara, U.S. Treasury starred David Janssen (whose company co-produced the show) as the title character, Treasury Agent Jim O'Hara. A county sheriff from Nebraska whose wife and child died in a fire, O'Hara cut all ties with his past life. As a "T-Man," O'Hara was available to any of the various law enforcement agencies then part of the Department, all of which cooperated in this positive portrayal of their various organizations, much in the manner of the Los Angeles Police Department with Webb's Dragnet and Adam-12. These included the Secret Service, the Intelligence Unit of the Internal Revenue Service, the then-Alcohol, Tobacco, and Firearms Division of IRS, and the then-Customs Bureau. This pilot episode for the series which ran during 1971-72 television season was produced with the full approval and cooperation of the United States Department of the Treasury.