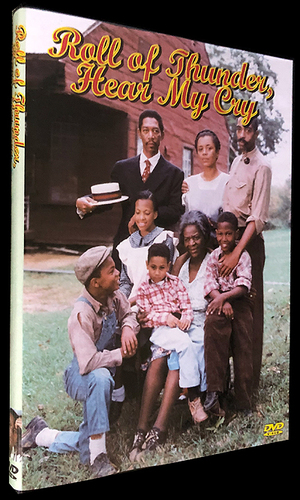 Roll of Thunder, Hear My Cry was a TV pilot film in the form of a three-part miniseries. Set in 1933 Mississippi, the story focuses on the Logans, a closely knit, fiercely independent African-American family. In Part One, the Logans spearhead a boycott against a bigoted merchant who clandestinely heads a Klanlike organization. In part two, Mary Logan is fired from her teaching job for detailing the history of slavery to her students. The concluding chapter finds the Logans faced with foreclosure, while their oldest son's friend is framed on a robbery-murder rap. The impressive cast list includes Janet MacLachlan, Robert Christian, Claudia McNeil, Morgan Freeman and Rockne Tarkington. Roll of Thunder, Hear My Cry was first telecast (with surprisingly little advertising fanfare) on June 2, 3 and 4, 1978.