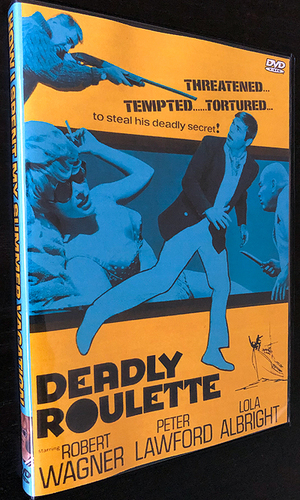 In this made-for-TV crime melodrama, Robert Wagner plays a handsome ex-GI determined to wreak vengeance on millionaire Peter Lawford, who caused Wagner to suffer public humiliation. Getting himself invited for a cruise on Lawford's yacht, Wagner dallies with the millionaire's bikini-clad daughter Jill St. John before returning to the matters at hand. It turns out that Lawford has been involved with an international political conspiracy, all evidence of which is destroyed by coconspirator Walter Pidgeon, to whom Wagner has been relating his story in flashback. The film was released theatrically in Europe as Deadly Roulette.