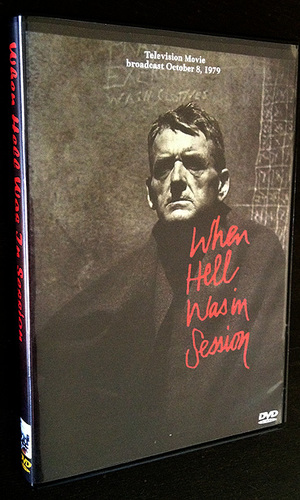 Made for television, When Hell Was in Session is the true story of Navy commander Jonathan Denton Jr., here played by Hal Holbrook. Shot down during a bombing mission over Vietnam in 1965, Denton endured nearly eight horrendous years as a POW. The plot details Denton's efforts to organize a resistance movement among his fellow prisoners. The film concludes with a powerful re-enactment of Denton's homecoming, as originally seen by millions of American televiewers in 1973. Based on the book by Denton and Ed Brandt, When Hell Was in Session debuted October 8, 1979.