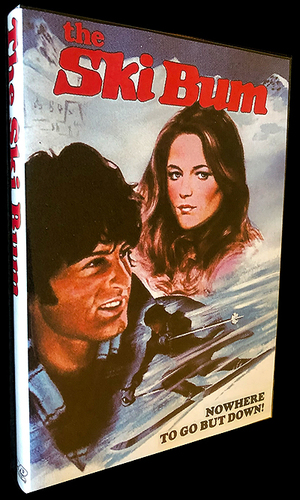 With master cinematographer Vilmos Zsigismond wielding the lenses, it's surprising that Ski Bum looks as amateurish as it does. Zalman King (yes, the same Zalman King who's since become a purveyor of elegant softcore porn) stars as the title character, a Jean-Claude Killy type who leaves the slopes in favor of the business world. He is taken advantage of by a gang of crooks, who plan to use King as their fall guy for a major caper. Charlotte Rampling costars in this "pure 1970s" adaptation of Romain Gary's novel. Ski Bum is fascinating for those film buffs who will recognize the various "auteurs" whose techniques director Bruce Clark swipes throughout the film.