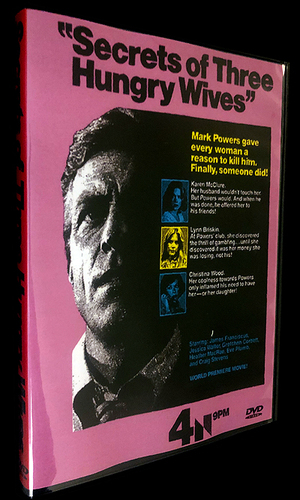 No, the "three hungry wives" in this made-for-TV movie aren't in search of a square meal. It's sex they're after, though much is talked about and little is shown. The eponymous wives are played by Jessica Walter, Gretchen Corbett and Heather MacRae; their respective husbands are Richard Roat, Craig Stevens and John Reilly. When multimillionaire James Franciscus is murdered, we learn that each of the wives has had an affair with him. Produced by the folks at Penthouse magazine, Secrets of Three Hungry Wives debuted October 9, 1978.