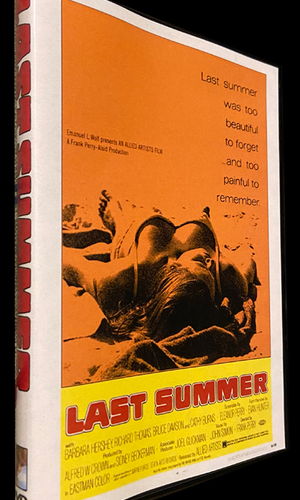 Last Summer is a frank coming-of-age tale that refuses to prettify its young characters or their activities. A group of aimless teens get together for sex, drugs and rock-and-roll on Fire Island. Timid, overweight Rhonda (Catherine Burns) is goaded into aberrant behavior by her peers, especially the promiscuous Sandy (Barbara Hershey). Enjoying Rhonda's discomfiture, Sandy encourages the boys in the group to gang-rape the poor girl. It was this scene, the first of its kind in a general-release American picture, that earned Last Summer its initial X rating. The film was later judiciously trimmed to qualify for an R rating without blunting its dramatic impact. ** Please note, this is the X Rated  transfer of the film which includes nudity and sexual violence, the R rated version is available separately **