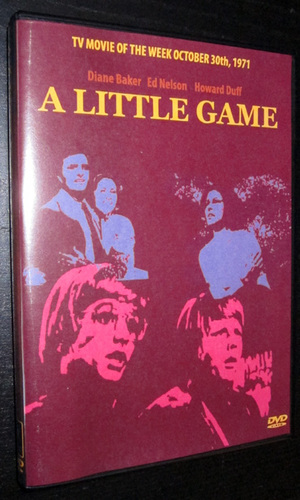 13-year-old Robert Mueller (Mark Gruner) is obsessed with guns and has a morbid fascination with death. He is also deeply resentful over the fact that his widowed mother Elaine (Diane Baker) has married Paul Hamilton (Ed Nelson). Despite all this, Elaine could never believe that her darling boy was in any way responsible for a recent campaign of terror waged against Paul, even when an unsolved homicide enters the picture. But Paul knows full well that he is next on little Robert's hit list--a fact that Robert does not even bother to keep a secret. Adapted from a novel by Fielden Farrington, the made-for-TV A Little Game made its ABC bow on October 30, 1971.