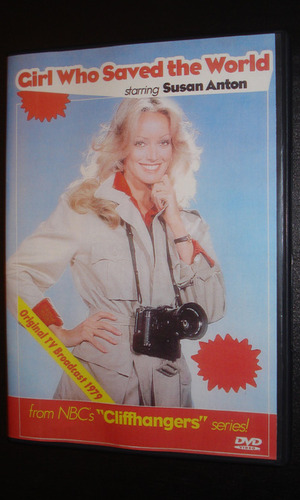 Susan Williams is a photojournalist who searches for the men who killed her reporter brother just before he revealed a vast international conspiracy. Fashion model Susan Anton is a capable actress and likable heroine as a globe-trotting reporter who gets in all kinds of trouble. She is threatened by every animal imaginable from a cobra, to a lion to a herd of elephants in Africa. The Girl Who Saved The World is a combination of the segments from the Cliffhangers telefilm "Stop Susan Williams" plus an added ending.