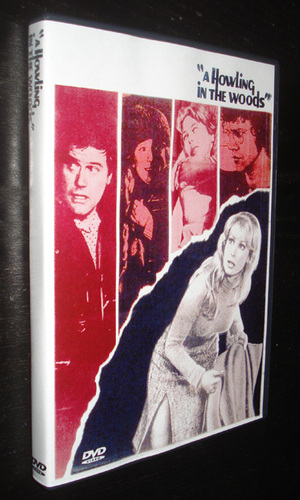 Somewhat of a "reunion" for former I Dream of Jeannie stars Barbara Eden and Larry Hagman. The scene is a remote wooded area in Nevada, where disillusioned housewife Liza Crocker (Eden) has arrived for a solitary camping trip. It so happens that Liza's "sanctuary" is located near the small and cloistered town where she was born -- a town that does not necessarily want to have her back. As Liza's husband, Eddie (Larry Hagman), searches for her in hopes of a reconciliation, the heroine is terrorized by the mournful sound of a howling dog, which triggers painful and frightening memories that she had hoped were long, long buried. Based on a novel by Velda Johnston, the underrated and almost unbearably suspenseful A Howling in the Woods debuted on November 11th, 1971.