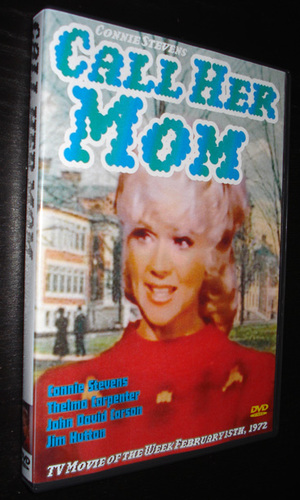 "Mom" is Connie Stevens, who stars in this made-for-TV comedy. Stevens plays a small-town waitress who is appointed the housemother for a rambunctious fraternity house on the local college campus. The frat boys assume that freewheeling Stevens will allow them to party to their hearts' content, but "Mom" takes her job quite seriously and compels the students to behave themselves. She also becomes involved in a campus feminist movement that threatens to topple the college's male power structure (headed by dean Van Johnson). Call Her Mom was the pilot for a Connie Stevens TV series that found neither a sponsor nor a network.