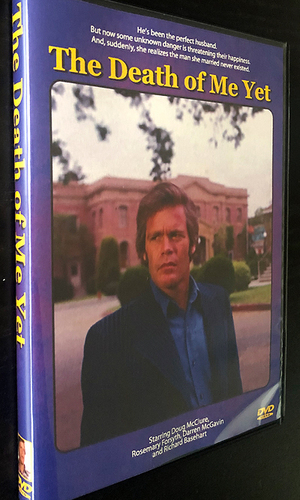 The Death of Me Yet opens in a typical American small town that turns out to be in the middle of the Soviet Union. As we all know from those Jack Webb-narrated documentaries of the 1950's, the rascally Russians have set up these ersatz American communities in order to train their agents to subtly infiltrate the good ol' USA. The agent of choice in this TV movie is Doug McClure, who poses as a supposedly respectable newspaper editor in a genuine American small town. Darren McGavin plays the US government agent who arrives in town and shakes things up by asking all sorts of probing questions about the above-suspicion Mr. McClure.