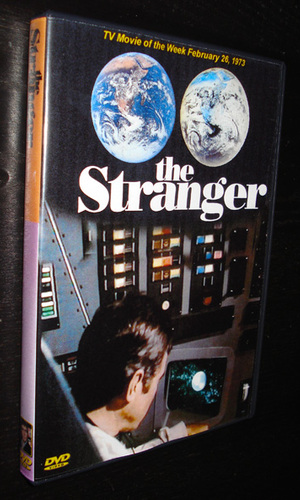 Astronaut Neil Stryker (Glenn Corbett) returns from space, only to find himself held incommunicado by government security people he's never seen before, in a hospital facility that he's never heard of. He escapes from the hospital and, to his shock, sees a night sky lit up by three moons. He now knows that he's not on Earth -- but on some sort of near-duplicate of Earth, a parallel planet. He learns that the planet is called Terra by its inhabitants, and it resembles Earth in gravity, atmosphere, and environment. But this world is ruled by a totalitarian government called The Perfect Order, which regiments day-to-day life on a level that would make even the worst Communist regime seem like amateurs. He manages to find an ally in a young doctor (Sharon Acker), who enlists the help of her free-thinking mentor (Lew Ayres) on Stryker's behalf. But his only hope of true escape is to reach the government's launch facility, commandeer a spacecraft, and try to return to Earth.