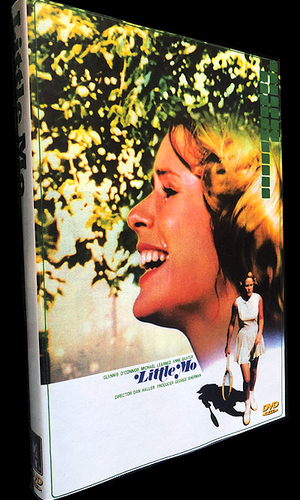 This made-for-TV biopic covers the life of teenaged tennis star Maureen Catherine Connolly (Glynnis O'Connor), better known as "Little Mo." Making a spectacular debut during the 1951 US Open, 16-year-old Maureen goes on to become the first female ever to win the Grand Slam of Tennis. But in 1953, her career was tragically cut short by illness, culminating in the cancer that would take her life at age 34 in 1969. To fill out the film's nearly three-hour running time, writer John McGreevey weaves in a number of non-tennis details, including her love-hate relationship with tennis instructor Eleanor Tennant (Michael Learned) and her romance with Olympic equestrian Norman Brinker (Mark Harmon). Little Mo first aired September 5, 1978 on NBC.