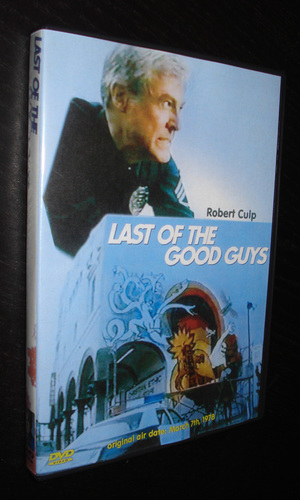 If it hadn't been a TV movie, Last of the Good Guys might have made a good episode of Car 54 Where Are You? The main good guy is rookie cop Dennis Dugan, who is assigned to take over for an ailing veteran police officer. When the replaced officer dies, Dugan realizes that the man's widow will never receive his maximum pension. Thus, Dugan and three fellow cops contrive to convince "by the book" desk sergeant Robert Culp that the dead man is still alive. Los Angeles Times TV writer Cecil Smith called it “one of those rare films that combine stark tragedy with riotous comedy that you never see on television. Rarer still, it works.”