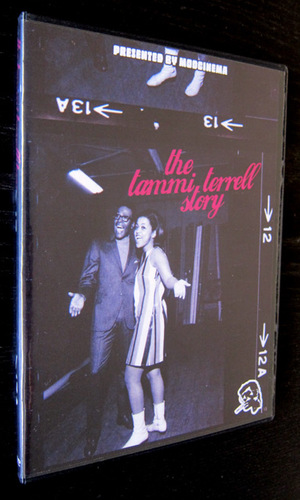 She had a record deal by the time she was 14. She was a featured vocalist with James Brown at 17. Berry Gordy signed her to Motown Records three years later. In 1967 Tammi Terrell teamed up with Marvin Gaye to record a series of classic romantic hits "Ain’t No Mountain High Enough," "Your Precious Love," "Ain’t Nothin Like The Real Thing," and others that remain the gold standard for romantic duets. Ironically, Tammi’s actual love life was not nearly as perfect as the romance in her songs, and included abusive relationships with both James Brown and David Ruffin.  And the magic of her career ended abruptly when she collapsed on stage from a brain tumor while singing with Marvin in the fall of 1967. But she refused to give in to her fate. Tammi underwent eight surgeries over the next three years, and even returned to recording, before she died in 1974 at the age of 24. Her life was short, but full of passion, art, and courage, that was finally told in its fullness in this special TV documentary.