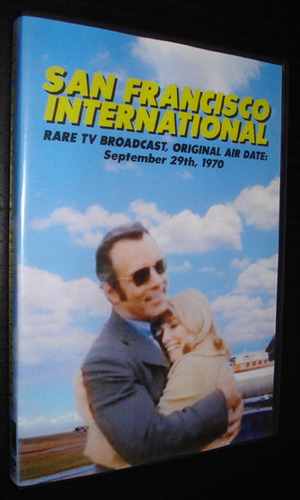 San Francisco International is a multiplotted drama set at the titular air transport center. Several storylines intersect at various junctures: A $3,000,000 cargo plane robbery, a teenaged boy whose parents are splitting up decides to rebel by commandeering an aircraft, and a violent confrontation between a nasty businessman and a an airheaded hippie. Presiding over these major and minor crises is airport manager Jim Conred (Pernell Roberts) who runs an airport, much to the chagrin of his boss, "his way." When San Francisco International became the TV series San Francisco International Airport, Lloyd Bridges stepped into the Van Johnson role.