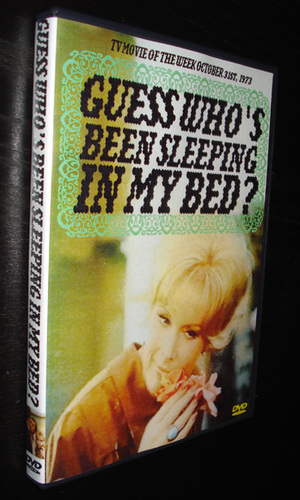 Dean Jones divorces Barbara Eden, but finds that he can't live in the style to which he's accustomed without his ex-wife's income. Circumventing Eden, Jones ingratiates himself with his children and convinces them to allow him to move back in. Eden, meanwhile, has a new "significant other" in the form of Kenneth Mars, but since Mars has never gotten the girl in any previous film, it's no trick to guess the outcome of this story. Guess Who's Sleeping in My Bed? is elevated by the direction of the always inventive Theodore J. Flicker, who once upon a time gave us that imperishable movie satire The President's Analyst.