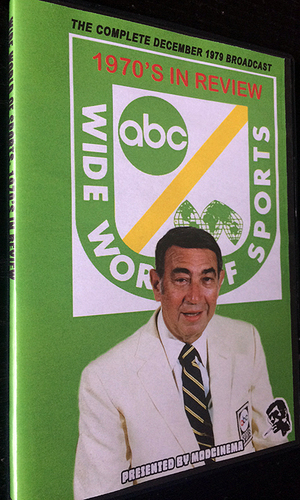 Complete "Wide World of Sports" TV special as it was originally broadcast on ABC December 29th, 1979. Hosts Jim McKay and Howard Cossell take a look back on the decade in this wrap-up of the top sports stories of the 1970s. Includes the original broadcast commercials from 1979, plus the bonus program "Dinah! & Friends (1979)."