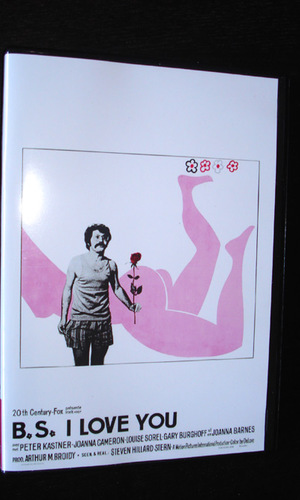 B.S. I Love You is appropriately titled, as the story concerns a young adman (Peter Kastner), who not only loves his job, but enjoys success in his job due to his success in lovemaking. Especially helpful is his liaison with his boss (Joanna Barnes), but he also manages to further his career with the romantic assistance of the boss's daughter (Joanna Cameron). With enviable energy, he somehow keeps his career going, along with relationships with the boss-ladies and his regular girlfriend (Louise Sorel), while traveling between New York, Los Angeles and San Francisco.