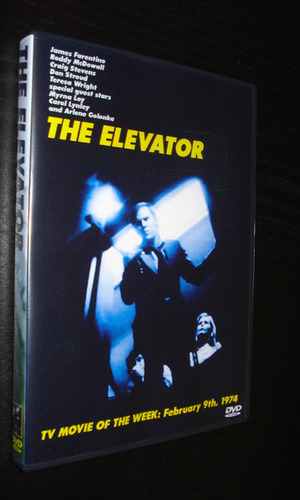 An all-star "disaster" flick set in an elevator: is there no limit? This made-for-TVer top-bills James Farentino as a bank robber suffering from claustrophobia. Fleeing from his latest crime, the criminal is forced to take an elevator, populated with the likes of Roddy McDowall, Craig Stevens, Teresa Wright, Myrna Loy and Carol Lynley. Naturally, the elevator stalls between floors, high above ground level. The Elevator debuted as an ABC Movie of the Week on February 9, 1974.