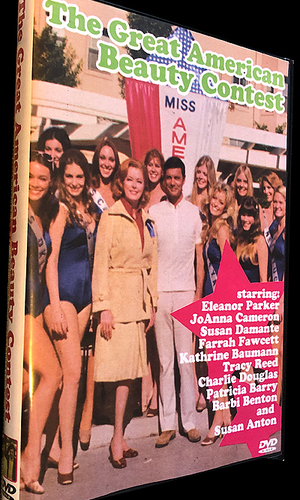 An unsubtle but effective TV-movie satire of the "Miss America" syndrome, Great American Beauty Contest stars Joanna Cameron as a fire-breathing feminist who enters the contest of the title. She plans to win the crown, then utterly destroy the contest by delivering a scathing attack on exploitation and sexism instead of an acceptance speech. A subplot concerns contest judge Louis Jourdan, who uses his position to extract sexual favors from the more desperate contestants. We won't spoil the twist ending, but we will note that one of the contestants is played by Farrah Fawcett, whose specialty is an endearingly ridiculous belly dance.