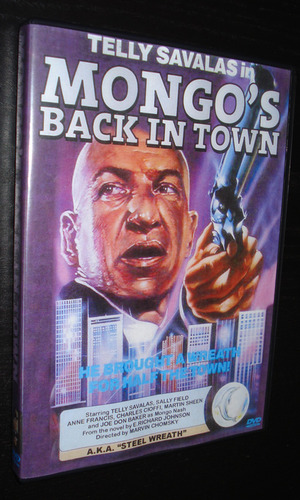 Joe Don Baker stars as Mongo Nash, a professional gunman and the brother of mob boss Mike Nash (Charles Cioffi). At the behest of his brother, Mongo packs up his heat and prepares to bump off a rival gangster. Meanwhile, relentless police lieutenant Pete Tolstad (Telly Savalas) dogs Mongo's trail, determined to bring to justice all the crooks involved in the plot line. Partly filmed along the waterfront of San Pedro, CA, this made-for-TV thriller was based on a novel by E. Richard Johnson, who was then doing time on a robbery-murder charge at Minnesota State Prison. Mongo's Back in Town (AKA "Steel Wreath") made its first CBS network appearance on December 10, 1971.