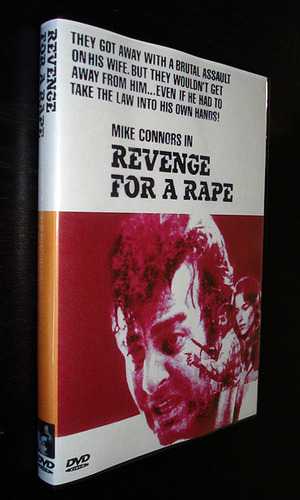 "I'm fine, but you look like you've been through hell!" Revenge For A Rape is an intense television drama about three men who attack and rape a man's wife while on a camping trip. The victims husband Dr.Travis Green (actor Mike Connors from the 1960's private detective series Mannix) takes it upon himself to track them down. The victim, Amy Green (made-for-television movie veteran Tracy Brooks Swope) plays the wife and Robert Reed (playing very against type) delivers a strong and effective role as Sheriff Paley.