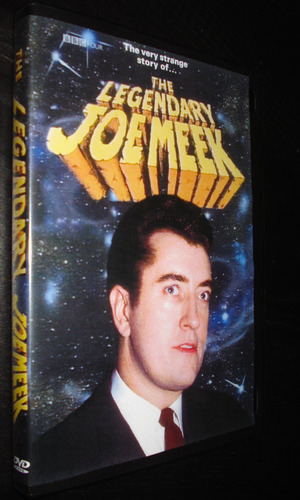 Originally broadcast in 1991 as part of the Arena series of programmes and reshown on BBC4 on ... 5 September 2007 as part of the Hidden Lives season. A profile of the legendary maverick producer and song writer Joe Meek, composer of the massive hit Telstar who recorded most of his hits in a home studio using innovative recording methods in Holloway Road. Meek was obsessed with the occult and suffered from depression and paranoia, and in 1963 had been charged with 'importuning for immoral purposes'. In 1967 after becoming paranoid he'd be framed for a murder of someone he knew, he killed himself and his landlady.