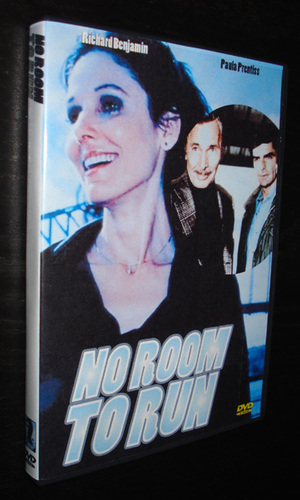 A successful public relations executive (Richard Benjamin) is the heir-apparent to the president of a large muilti-national corporation. On a routine business trip abroad, Benjamin becomes enmeshed in murder and extortion when he accidently uncovers the unprincipled affairs of his corporate mentor-president (played by Barry Sullivan). Benjamin's disillusionment turns to terror as assassins try to silence him to protect the company.  Betrayed by a ruthless business machine, he searches both, for safety and explanations; there is no answer offered, and no safe places for a marked man. Paula Prentiss is the business associate who offers the refuge, help and love that is the only ray of hope for a desperate man who wants to escape...but finds no room to run!