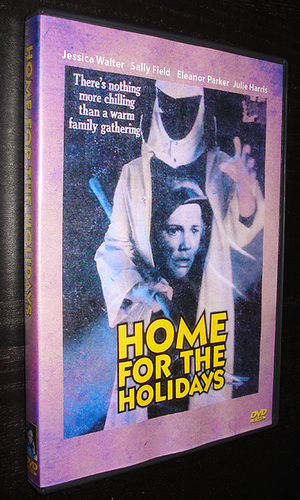 This is a neat little thriller by the prolific producing team of Spelling-Goldberg and written by the screenwriter of Psycho. When Christmas comes and a glut of weepy or cheerful specials are filling the airwaves, sometimes a dose of morbid, downbeat drama can be a nice change! Ever-cranky Walter Brennan plays a father who is dying (and suspects his second wife, Julie Harris, of doing him in.) He sends for his four daughters (Eleanor Parker, Jessica Walter, Jill Haworth, Sally Field) to come to his aid. The result is a pretty tight little story that builds to some genuine suspense. The climactic thunderstorm goes a long way in providing the right atmosphere.