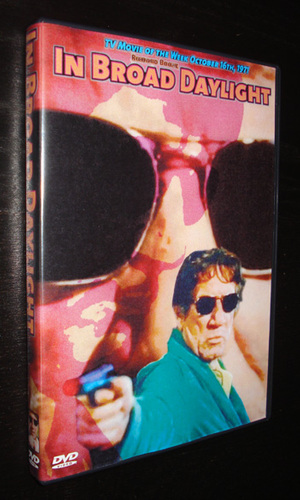 A blind actor (Richard Boone) discovers his wife is cheating on him with his best friend, and hatches a plot to murder them both. The plan is contingent upon Boone's ability to convince witnesses that he can actually see. In Broad Daylight may be florid stuff, but it works beautifully with an audience. Scripter Larry Cohen would later apply his ability to hold the crowd's attention despite the most ludicrous of set-ups in such later films as It's Alive and Q.