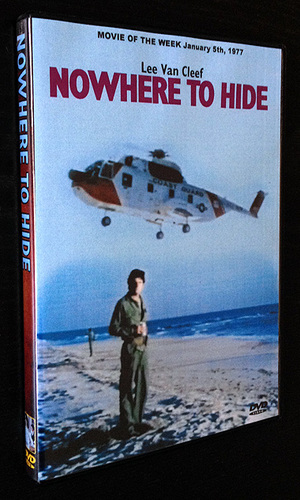 The made-for-TV movie Nowhere To Hide stars Lee Van Cleef as taciturn U.S. marshal Ike Scanlon. Designed as the pilot for a weekly series, the film finds Scanlon escorting a mob witness (Tony Musante) to a federal trial. Since the witness is a hit man, there are plenty of people both inside and outside the Mob who'd like to see him dead. Featured in the cast are Nowhere to Hide's producer/writer Edward Anhalt and director Jack Starrett. Originally telecast on January 5, 1977, Nowhere To Hide has also been released under the titles Fatal Chase and Scanlon.