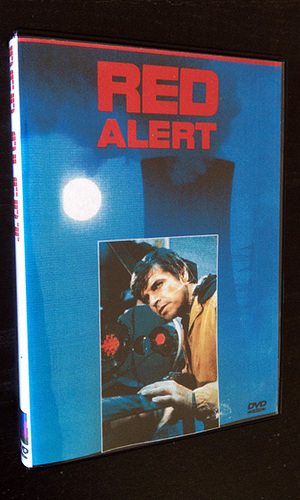 Filmed primarily at NASA's Manned Space Center in Houston, the made-for-TV Red Alert is an apocalyptic "man vs. machine" spellbinder. A potentially dangerous explosion at a nuclear power plant near Minneapolis is fortunately kept under control. The huge plant-monitoring computer named Proteus concludes that the explosion was the result of wide-spread sabotage. Security-investigator William Devane concludes instead that only one saboteur was responsible-and that saboteur is trapped in the reactor room, which Proteus is programmed to protect. Devane races against time to find a way into the reactor room to prevent the saboteur from wreaking further havoc. First telecast May 18, 1977, Red Alert was based on Paradigm Red, a novel by Harold King.