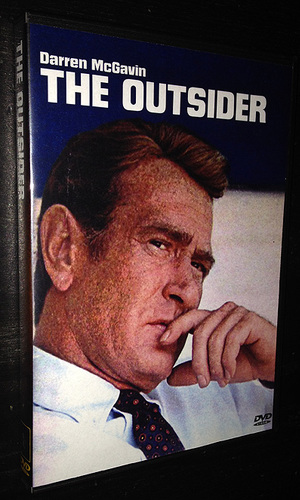 The Outsider is a refreshingly cynical TV detective drama, starring master cynic Darren McGavin. McGavin plays David Ross, a John MacDonaldesque private eye who virtually lives in his beat-up car and who spends most of his time eluding creditors. An ex-convict, Ross is prohibited from carrying a gun, which means that he gets beaten up on an average of once every ten minutes. Ross is hired by a theatre manager who suspects a female employee of embezzlement; the employee winds up dead, and Ross winds up Suspect Number One. Capped with an twist ending right out of Mickey Spillane, The Outsider was an excellent intro for the weekly TV series which followed.