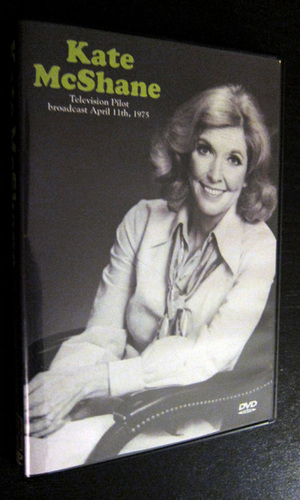 Anne Meara stars as Denver lawyer Kate McShane in this pilot film for the weekly CBS series of the same name. With the help of her two favorite "leg men" -- her ex-cop father, Pat (Sean McClory), and her Jesuit priest-law professor brother, Ed (Randy Quaid) -- Kate not only defends accused murderers, but also endeavors to solve the cases herself without the help of the authorities. Kate is determined to reduce the charge against her wealthy client, Charlotte Randall Chase (Christine Belford), from murder to manslaughter -- even if means putting the victim "on trial" himself. Cal Bellini co-stars as Kate's cynical partner, Angelo Romero. Another of the many "ethnic detective" TV projects of the era (Kate is Irish, in case there is any doubt), the Kate McShane pilot first aired on April 11, 1975.