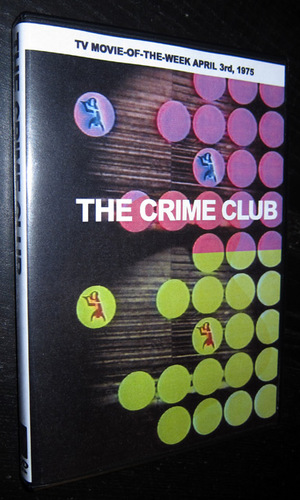 The second and last TV pilot film to bear the Crime Club title, the 1975 Crime Club once again involves a state-of-the-art crime solving organization whose members are professional investigators from various public and private sectors. The principal characters are a detective (Scott Thomas), a reporter (Eugene Roche) and a criminal lawyer (Robert Lansing). The crime in question in this pilot concerned a social outcast who seeks public notoriety by confessing to a series of grisly ice pick murders. The three protagonists combine their brain power to solve the case, but their efforts failed to convince any network to pick up the project. Crime Club joined its 1973 predecessor in Universal's syndicated package of made-for-TV movies.