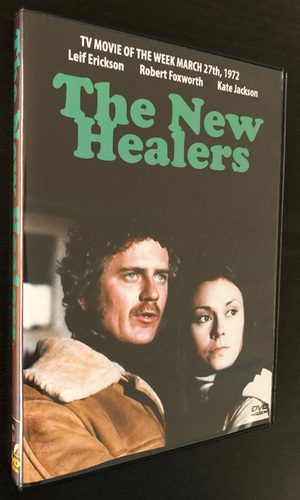 The New Healers was a one-hour pilot film for the unsold series Med-Ex. The "crusty head physician" assignment was given to Leif Erickson, playing the supervisor of a small rural California hospital. Erickson's son, who'd done a tour of duty as a Vietnam medic (and thus is the "sensitive" character in this concept), is played by Robert Foxworth. Other staff members are Kate Jackson, playing a nurse just before her longer stint as a "woman in white" on The Rookies, and priggish administrator Jonathan Lippe. The plot involves the staff trying to gain the confidence of the local farmers and merchants. Expanded from 60 to 75 minutes in syndication, The New Healers never gets around to explaining who the "old" healers were.