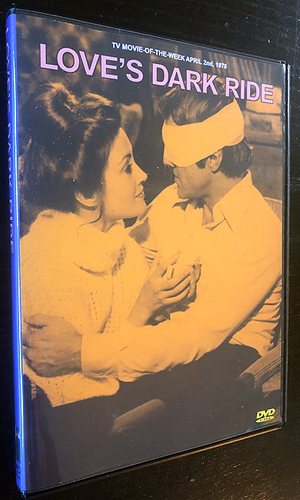 Love's Dark Ride, based on a true story, was produced for TV by Jack Webb's Mark VII company. Cliff Potts stars as a commercial artist who is blinded by a gun accident. After a long spell of self-pity, Potts learns to enjoy life again when he falls in love with nightclub entertainer Jane Seymour. Carrie Snodgress also appears in this lightly lachrymose drama. Love's Dark Ride might have been more memorable had it not been first telecast on April 2, 1978--directly opposite the premiere episode of Dallas. Modcinema would also like to add that this TV movie is notable for its scenes filmed at the short lived World of Sid and Marty Krofft indoor amusement park in Atlanta, Georgia.