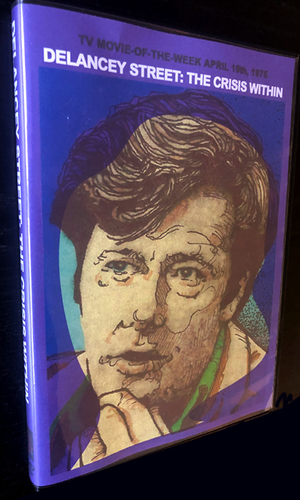 San Francisco's Delancey Street is the locale of a halfway house for ex-convicts, former drug users, and other society castaways. The founder of this operation is himself a paroled convict (Walter McGinn), who hopes to help others get back on their feet as he has. His touchiest assignment is the regeneration of a 56-year-old man who has just spent 36 years in the slammer for murder. This TV movie was the pilot for an unsold series based on the real-life activities of ex-con John Maher, who in his heyday was a favorite subject of several TV newsmagazines. Sadly, the semi-happy ending of Delancey Street was not borne out in real life: John Maher lapsed into alcoholism in the early 1980s, was forced out of his own rehab program, and died in poverty in 1988.