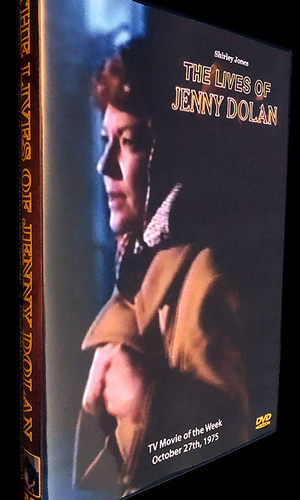 Looking like a million dollars in a series of fabulous outfits, Shirley Jones plays Jenny Dolan, an ex-investigative reporter. The widow of a wealthy businessman, Jenny suspects her husband met with foul play, and returns to reporting to prove her theory. She uncovers a political assassination plot, but never does solve her husband's murder… because this made-for-TV movie was the pilot for an unsold series, in which Jenny would have spent each week trying to get at the truth. She also would have gone from one exotic foreign locale to another, with an expensive change of wardrobe for each occasion. It should come as no surprise that Lives of Jenny Dolan was the first TV project of famed "glamour film" producer Ross Martin.