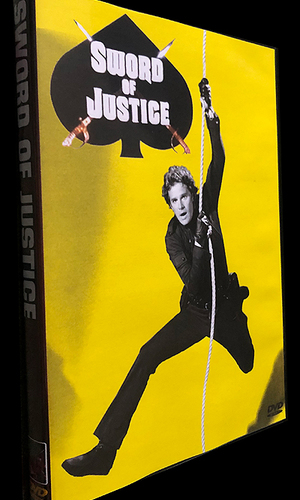 AKA "A Double Life"

Dack Rambo starred as Jack Martin Cole, who had emerged from an unjust prison sentence to become a rich playboy by day and a troubleshooting mercenary at night, à la The Saint. Bert Rosario co-starred as Hector Ramirez, a former petty crook who was Cole's junior partner and former cell-mate, and Alex Courtney, another series regular, appeared as Arthur Woods, an attorney who had unsuccessfully defended Cole on criminal charges, who - from his involvement in that case - was motivated to head a special federal task force for the Justice Department to fight white-collar crime. His associate and partner in the task force was a federal agent known only by the family name of Buckner (Colby Chester). "A Double Life" is the pilot episode for the TV series that aired on NBC for one season during 1978 and 1979. Please note: this DVD has non-removable foreign subtitles and the first 17 seconds of the opening title sequence is missing.