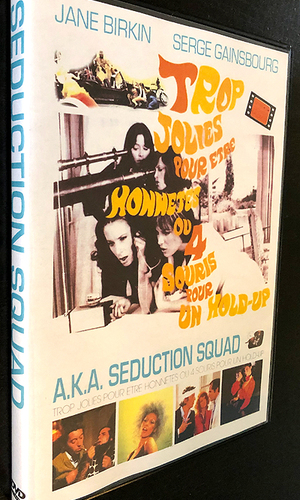 AKA "Trop jolies pour être honnêtes, 4 Women For A Hold-Up, Too Pretty To Be Honest, The Powder Puff Gang"

Jane Birkin, Bernadette Lafont, Elisabeth Wiener and Emma Cohen are 4 pretty girls rooming together. After witnessing and accidentally helping several thugs get away with a heist, the women notice through their telescope that the stolen loot is in the apartment right across the street! They plan their own burglary of the already stolen loot in this lighthearted caper comedy with a bit of nudity! Co-starring Serge Gainsbourg who also did the soundtrack.